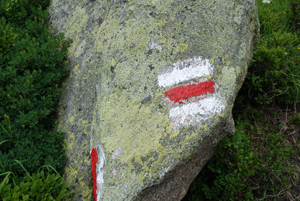 in an hour or so I will meet with the guys from Designers Club (to get an idea of them: there you go...->Designers Club Website, all new!). We will need to discuss profane stuff, such as an inlay for the box that I want to replace the paper: For a variety of reasons the paper does not work. Well, it works functionally. But esthetically it is not 100 % of what I want and -more important- it turned out to be much more work than initially expected.

You know: The tin box gets delivered with one piece of black paper, already assembled and folded to fit a flacon in the middle. But it turned out that one paper is not enough, hence.... we have to take another sheet of black paper, squeeze and roll it, fold it around a flacon and then put the flacon with the paper roll on its outside into the box.  I guess you get the idea. Maybe I can do a video later this week, when putting a lot of Rêverie au jardin into tins (for unclear reasons we see a boom of my lavender centered fragrance). Thus: I want an inlay. Subito. Or better: When I order the next batch of tins. As I order them in batches of 5000: Time to get this order out soon.

This week seems to be the week of questions focused on the general nature of things and the industry and its regulators. I got a couple of great interview questions to answer this week. Thus, there is this other issue to discuss with the designer guys: When shall I launch the next perfumes (Other than Carillon pour un ange), that are in the pipeline,  spring or autumn 2011, spring 2012?  A tough one.

Sometimes it feels like "LAUNCH OR PERISH" in this industry.