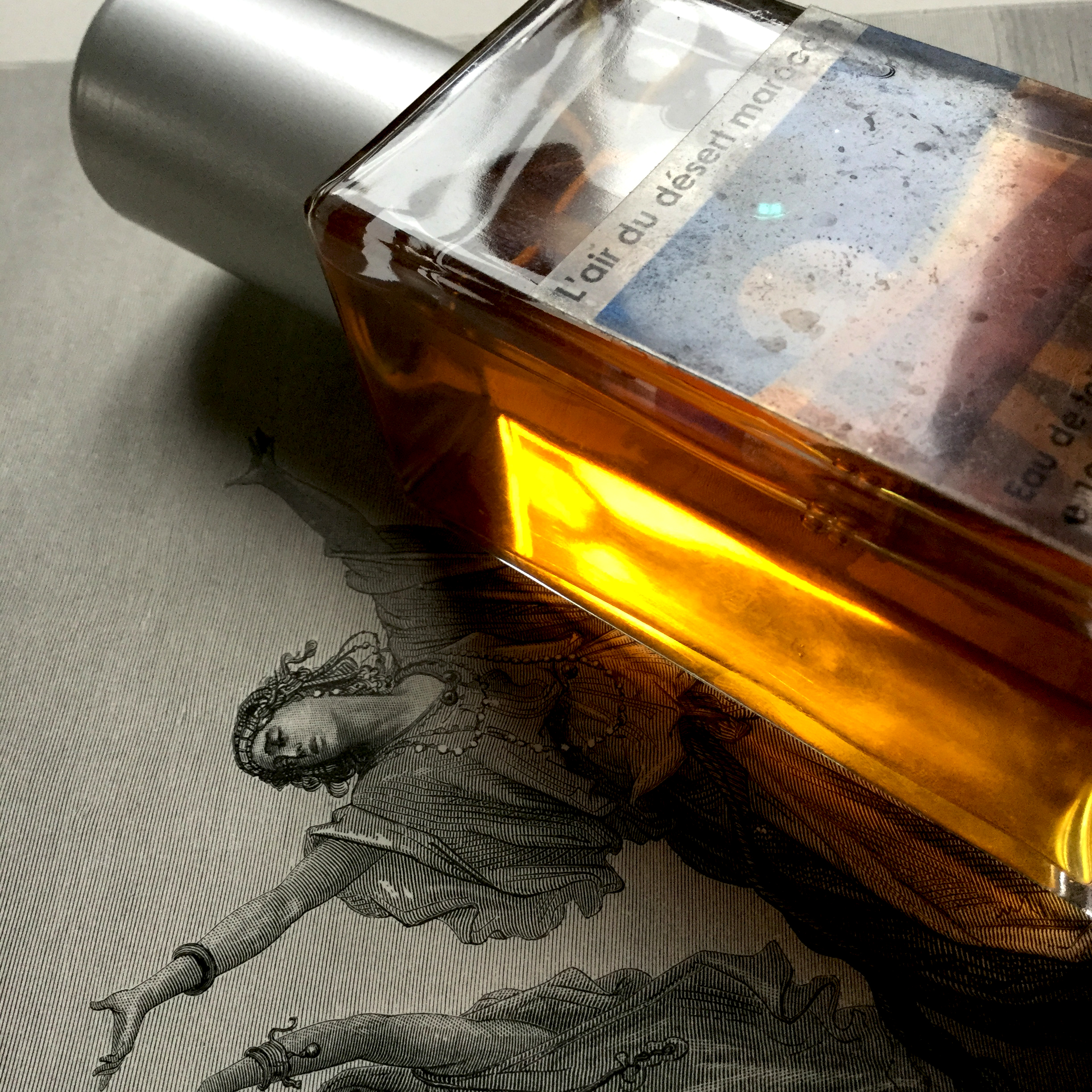 It is 11 years that L'air du désert marocain exists. I launched it 11 years ago in the most simple flacon you can imagine (see picture of today). It has been quite a journey since then....

Overall, the journey brought me up to new lands and discoveries, but it was a bumpy way, with many ups and downs. A lot has changed since 2005. I came up with new packaging, a new flacon and many fragrances, ideas and projects and failures.  But air du désert marocain has actually not changed. I feel it is an object that will survive me which is a nice thought.

I posted today's picture yesterday on facebook and I learned: There are still bottles of this first lot out there, in use ... and: The fragrance is still ok and does well. Sometimes I think: Air du désert marocain gets actually better with maturation. On a side note: Yes, it does mature. In my nose: It gets mellower, softer, rounder.

So, let's give it another 10 years and see what happens.

In the meantime, I am preparing for Pitti 2016, THE fragrance fair in Italy, and for after Pitti. October and November will see me travelling, and if all goes well: Shipping novelties that I officially introduce during the Pitti. Exciting!