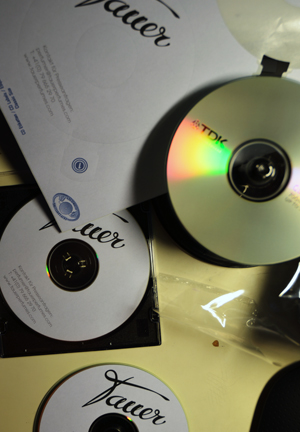 marketing and branding , what's up?

Meeting the press in Munich and what samples to choose

Sometimes I get mails like "to the attention of communications" and alike. And sometimes I wish I would have a communications department. Just sometimes. Like today, early in the morning. Today's picture shows you my desk, 6 am, making CD's for the press that I will meet tomorrow in Munich.

I was cordially invited and got the great opportunity to meet the press on a high level get together, called Duftsalon, organized by a great PR agency I know since years. Think "Vogue et al.", together with Patricia de Nicolai for Nicolai and Sebastian Fischenich for Humiecki and Graef. This is kind of cool and came kind of unexpected during Pitti. Thus, I am burning CD's today, after working on text yesterday. I realized that my PR text in German was almost not existing, yesterday in the evening, after having finished and shipped what needed to be shipped. It was a really busy day yesterday, but usually I am operating better under pressure.

Thus, we are getting there. I will make discovery sets, and give them to the journalists, too. I decided to give a set with Air du désert marocain, Orange Star, Une rose vermeille, the ZETA - a linden blossom theme-, and one of the Pentachords. I haven't really decided which one. The white with its gentle vanilla -orris-ambergris -violet-woods notes is the easiest to show. But, to be frank, the verdant was the star at Pitti. It found most interest. Maybe because it is also the most impressive, with its notes of green-leather-earth-tobacco-ambergris. Hmmm... which one to take? Difficult! I have to ask my communications department.

At 6 pm I have my train to Munich where I will get at 23 pm. And a 6 pm , 24 hours later, I have another train back, bringing me to Zurich in time for bed. Then, if all goes well, I will head for a meeting day on Friday. In this meeting, I will look into opportunities for the German market that is basically next door, but was totally neglected so far by myself.

As Werner said the other day: You like everything else better than actually selling your fragrances. Yes, right he is. Time to change this.